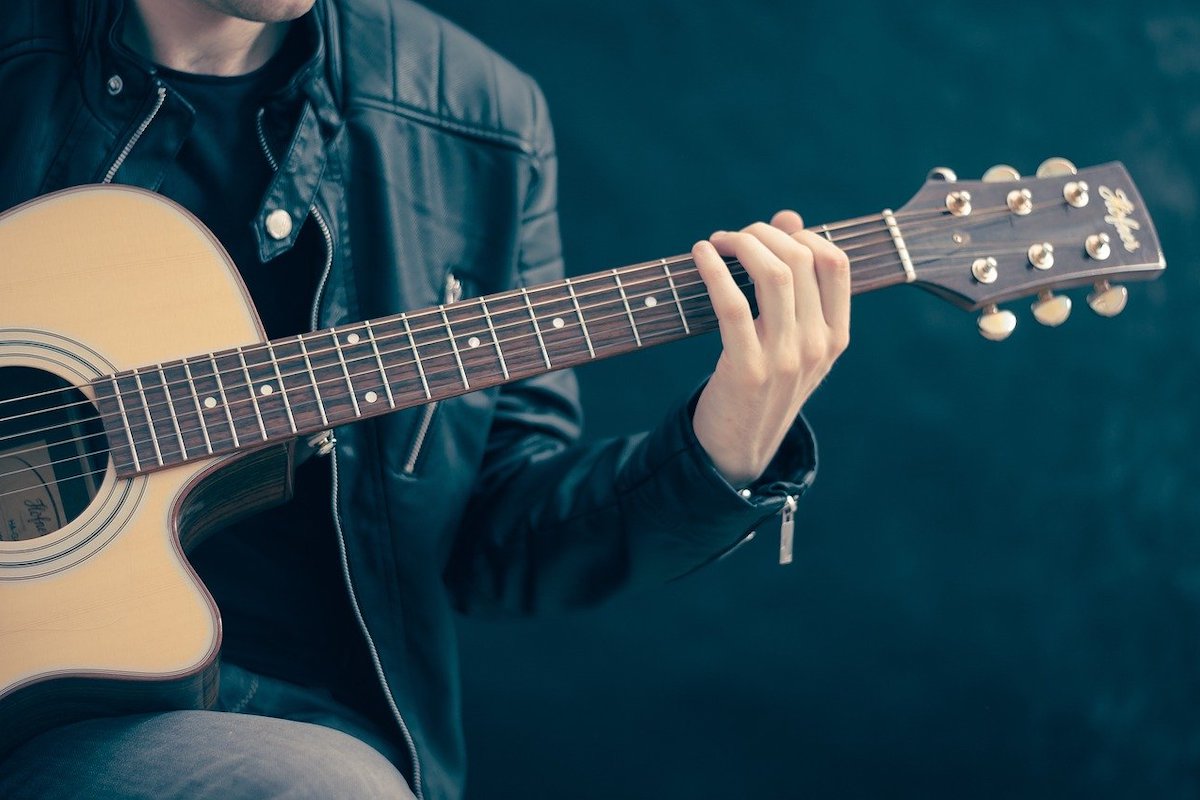 Before we begin, there are a couple of areas of shared culture I must introduce. First, it is essential to listen to a popular instrumental song by the Canadian progressive rock band, Rush, called YYZ. The title refers to the call letters of Toronto Pearson International Airport.

Next, in 1938, Dalton Trumbo published an anti-war novel, Johnny Got His Gun. (Spoiler Alert) This powerful book concerns a soldier, Joe, who is laying in the hospital recovering from horrific war wounds. Throughout the book, Joe slowly gains consciousness and realizes he is almost all but cut off from the world. His limbs have been amputated, and he is unable to see, hear, eat, or smell. Slowly, Joe reckons and copes with his new existence, ultimately finding a way to communicate again. The book was considered subversive and got Dalton Trumbo put on the Hollywood blacklist during the McCarthy era.

Finally, the Heavy Metal song, One, by Metallica is based on Johnny Got His Gun.

Got all that? Okay…:

I’m driving home in an early morning rainstorm, having just dropped off my son at school. The drive isn’t terribly unpleasant, but it is boring. I put my iPhone on random and fill my ears up with the sounds of familiar music to cope with the monotony.

I am imaging bits and pieces of old war movies where telegraphs are used. For some reason, this free-associates to images of scientist Nikola Tesla. At the same time, the song Hair of the Dog by the rock group Tesla blasts in my mind. Now you’re messin’ with a….a son of a bitch! And I’ve always thought the song sounds a lot like an AC/DC song. I am now tickled and smiling with the closing of this circle of free association since Nikola Tesla invented Alternating Current – which of course makes up the AC in AC/DC.

But now I’m back to Morse code and I’m thinking of how simplistic and elegant it is – how a series of beeps transmitted wirelessly became a robust and useful form of long-distance communication. For a moment I am awestruck by the collective technological accomplishments of humanity.

And then I remember Johnny Got His Gun. Near the end of the book, Solider Joe recognizes that he can communicate with the outside world by bobbing his head up and down in Morse code. There is a moment of elation and raw energy as Joe spills out 4 years of recovery and self-discovery.

He shares a manifesto of emotion and thought as he desperately tries to communicate the depth of his experience to the officer who is writing down the letters that Joe is desperately pounding out with his head. Joe ends by saying he wants a public forum to talk of the horrors of war – to warn the next generation that there are real world consequences when young people are sent to die for mere philosophical abstractions. The response Joe is given to his years long struggle for a voice is simply, “What you ask for is against regulations.”

As I’m replaying this scene in my mind, I am getting angry and sad. I am feeling the injustice of this moment in the novel, and it reminds me of the various injustices and invalidation I hear from my clients.

I am a clinical psychologist and psychotherapist, and most of my clients are autistic people. Many of them try so hard to be heard, to be validated - but they are intense boundary breakers with profound sensitives with little patience for institutional malarkey. Their whole being is “against regulations” and so they are almost always shot down when they are trying to be heard.

And I’m also thinking of my own suffering as an ADHDer – the constant misunderstanding and invalidation. And I’m in my car, bumper-to-bumper traffic, and I’m feeling deeply for my clients, for Soldier Joe, for my own inner child, and I’m tearing up. I’m about to cry in the middle of Los Angeles 405 mo(u)rning traffic.

I recognize that it probably isn’t safe to be so unfocused, so I make a deal with myself. I know if I get moving, I will be able to be in the moment. So I lean into the injustice and sadness by switching the song to Metallica’s One (which is about Johnny Got His Gun and is interestingly on an album called And Justice for All) and my car becomes a drum kit.

I am moving, head banging, using all my limbs to play along with Lars Ulrich’s drums and singing along to James Hetfield’s words. I get briefly annoyed because although I’ve been playing guitar for years, my fine motor and proprioceptive difficulties mean I will never nail that Kirk Hammett guitar solo. But as I move, I am In The Frigging Moment. I am ALIVE. I am seeing everything I need to. I can see paths through traffic and paths to safety if there’s an accident.

And my emotions have turned into productive anger and raw energy as I’m drumming and singing away; and the semblances of this blog begin to take shape in the back of my mind. I am also somewhat laughing at myself because I know I will not truly feel satisfied until I try to play that One solo later in the day. Until I do, there will be an annoying tickle in the back of my mind wanting to play.

tl;dr: In the midst of major ADHDing which showcased loose associations, lack of focus, hyperactivity, and impulsivity, I achieved the following:

1. I wrote a blog in the back of my mind while listening to music,

2. I connected deeply with the experiences of neurodivergent people which in the long run will lead to, me being a better therapist,

3. I stored away some motivation to be a better guitar player

4. I rode on an emotional roller coaster that left me with feelings of aliveness and vibrancy that lasted me the whole day.

The Neurodiversity Paradigm views neurological differences like ADHD and Autism as arising from naturally occurring genetic variations that have evolved for the betterment of humanity. Although these ways of being are not without areas of disability and comorbid dysfunction, their existence is overall a boon for human creativity and progress.

Without neurodivergence, we don’t have the autistic Nikola Tesla nor the ADHD Ozzy Osbourne (one of the inventors of Heavy Metal). The Neurodiversity Paradigm is in opposition to the medical model of mental illness, which posits that differences such as ADHD and autism are disorders to be gotten rid of – that there are non-disordered normal ways of being and deviations from these norms are psychiatric illnesses.

Under the Medical Model, my natural way of being is considered a pathology. Treatment would include psychiatric medication for life and behavioral interventions to make my brain and behavior seem more normal. And while I would not fault anyone for undergoing interventions to make their lives easier, and I have personally taken medications and been in behavioral therapy at various times in my life, I hope to have demonstrated in my 10 minutes of ADHDing how wrong the Medical Model is.

Although my thoughts and behaviors may seem odd, dysfunctional, or chaotic from the outside, these messy ways of being are directly responsible for deep wells of feeling, connection to others, humor, and creativity. If you take away the ADHD, you take away a fundamental way in which I function in the world.

You take away my natural creativity, my warmth, my depth, my intensity. And although these characteristics may somewhat limit my ability to successfully navigate a neurotypical world, in other ways they create a vibrant and dynamic life that is vastly successful in some areas.

Neurodivergent people are similar to Soldier Joe. We carry the wounds of invalidation and ableism throughout our lives, having been trained to hide our true natures to make others around us feel more comfortable. Decades of being told to sit still, to be less sensitive about some things, but more sensitive about others, to behave, learn, study, and cope in ways that are alien to our natural neurology has likely led to tragic stifling of creativity and expression.

And when we cannot live our lies anymore and break down into depressions or rages, we are told our truth is against regulations – that we are ill, not righteously angry and desperately trying to free our true selves from a shame filled prison. I am lucky enough to have worked through much of my shame.

But it took a long time.

Imagine how neurodivergent children feel every day. Imagine the internalized messages of shame and dysfunction they carry because they don’t have to the tools to critically examine the messages they are given. Imagine how well-meaning mental health professionals who’ve embraced the medical model further contribute in subtle and overt ways to this shame by focusing solely on behaviors deemed wrong from the outside, instead of understanding the usefulness and beauty of the processes beneath.

Although neurodivergent folks may not know Morse code, they are communicating needs in their own way. Are we willing to listen or is it just too much against regulations for comfort?

We are here to help you. The first step is always the hardest one to take, and it gets easier once you make that initial call. At Total Spectrum Counseling, you will not be alone on your journey to a more content and meaningful life. Let us help you reach your full potential. We are also on social media. Connect with us below.